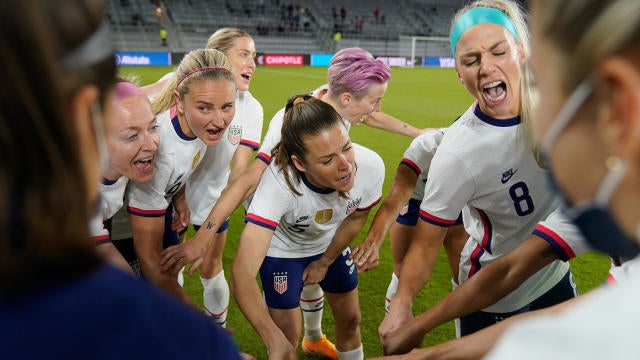 The U.S. women’s national team will close out January camp with the second and final fixture against Colombia on Friday night at Exploria Stadium in Orlando, Florida. The USWNT are coming off a recent 4-0 win against Colombia on Monday, with Sam Mewis and Kristie Mewis scoring the goals. This will be the final match for USWNT until preparation begins for the 2021 SheBelieves Cup at the same venue on Feb. 18-24.

Here’s how you can watch the upcoming match and what to know:

USWNT: The team has been in camp since Jan. 9, and recently defeated Colombia in a match that saw the return of Megan Rapinoe and Carli Lloyd to the lineup. Catarina Macario, the 21-year-old Brazilian-born American from Stanford who skipped the NWSL draft to join Lyon in France, made her senior U.S. women’s national team debut. The lopsided win may have come off as a surprise for the No. 1 ranked team in the world against the 26th ranked team, according to FIFA, but there were some missed opportunities in front of goal for the Americans. Look for the rust to likely wear off and for another potential blowout.

Colombia: This is team that is largely composed of U-20 prospects. Colombia’s ability to keep a 2-0 scoreline ahead of halftime on Monday felt promising. The team went on to lose the opening match 4-0, but that wasn’t without a solid performance from goalkeeper Sandra Sepulveda. The team was without four additional players out of precaution due to COVID-19 protocols, leaving their statuses up in the air for this one until their testing produces negative results. The possible return of Diana Ospina could be big for Colombia’s midfield who struggled mightily against Julie Ertz, Sam Mewis, and Lindsey Horan.

The USWNT will continue their tactics and build on their previous result while putting away more goals in this match. Pick: USWNT 6, Colombia 0.